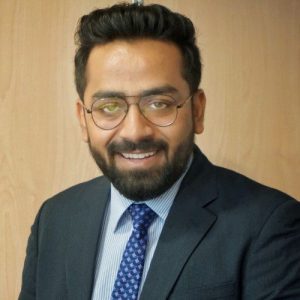 Accessibility – A vital aspect to consider while developing a worldwide product

Accessibility – A vital aspect to consider while developing a worldwide product

We at Magic, had an opportunity to work on a mobile app which was specifically designed for people with visual impairment. The app we created, was for a Sillicon Valley based IoT startup Braigolabs, and allowed us to implement a series of in-house tools aimed at making content accessible.

Subham Banerjee, founder of Braigolabs developed a low cost Braille printer using lego at the age of 12. He has been recognised worldwide for the innovation, and wanted to extend this to the digital world. Having received “The Tommy” 2016 Edison Innovation Award by Intel, he is bright and inspiring learner with a vision that aims at helping those in need.

Braigo app lets visually impaired users translate image into text (it supports multi language functionality). The app uses the Microsoft Computer Vision API to translate uploaded images. Once the uploading is done, Braigo reads the image content back to the user. The user can share uploaded content with everyone by making the document public. Braigo has a web variant as well, allowing user to login via Facebook, Twitter and Google Plus.

While working on this project I started collecting statistics about visual impairment and the challenges it presents to aspiring learners. Over 285 million people (39 million are blind and 246 have significantly impaired vision) in the world have challenges with reading, something that the vast majority takes for granted. This project highlighted the need for such tools and we plan to continue focussing our efforts in this area.

During the course of this engagement I realized how little we care about visually impaired people when we make an app.

After this project I decided to test some of our internal products. One of our products MagicBoxTM is used by over 3.7 million users worldwide. At MagicboxTM, we bring the best user experience to the table and have the capability to present content in all mainstream formats. The experience remain flawless regardless of eyesight related handicaps.

The MagicBoxTM team has followed best practices recommended by Apple, this approach has enabled us to provide a seamless accessibility experience to visually impaired users of MagicboxTM. We firmly believe that all apps should be tested for compliance for Section 508 standards, given the high level of requirement for such accessible content.

In 1998, United States lawmakers signed into law the new Section 508 of the Rehabilitation Act of 1973. This law was put into place to provide equal opportunities for people with disabilities.

Some of the features in MagicBoxTM that help visually impaired users are:

I would recommend mobile application developers to keep in mind inclusiveness while developing an app. Accessibility will play a pivotal role in next generation content, ensuring that the resources afforded to us by the digital movement are used to their fullest.

What Lies Ahead for Digital Learning Platforms and Apps in 2022?

4 Ways Curriculum Equity can be Achieved across Diverse School Districts

Why Digital Equity & Social-Emotional Learning are Important in 2021

How Technology and Empathy Can Make Remote Learning Accessible for All

Amid Corona Fear, US Government Pushes for Accessibility in Education

How is accessible content expected to make learning easier for the differently-abled?