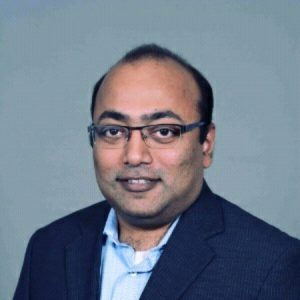 Well we have all been hearing a lot about this new technology called Blockchain, I wanted to understand what all the fuss is about and more importantly is it something that can be leveraged in the Education technology domain?

Blockchain is certainly the new buzzword these days, touted as one of the most promising technologies to emerge in recent times. For all the excitement surrounding it, how do we explain this it in simple terms? At a very high level, Blockchain is a ledger that stores an un-editable record of digital transactions. Each block consists of a chain of time-stamped data records that are linked together. These blocks are identifiable with the help of a cryptographic signature and are back-linked. This implies that they refer to the signature in the previous block that could also be tracked back to the very first block that was created in a given Blockchain. Blockchain has thus proven to be a highly effective system for authentication and security of financial data transactions.

Blockchain is now poised to change the education landscape by potentially finding uses in the management and verification of degrees, assessments, credentials, and transcripts.  Traditional schools, alternative education providers  and corporate trainers can issue digital certificates which can further be shared with various parties. Schools in the United States have already begun their experimentation with blockchain, starting with creating cryptographically-signed digital certificates.

Blockchain can potentially solve a serious problem of fraudulent resumes – With erroneous information provided by applicants, verifying student credentials remains a difficult task and sometimes costly task for many employers. A longer verification period means reduced efficiency and a loss of time & money as well. To simplify academic verification for employers, Holberton School became the first institution to authenticate its academic certificates on the blockchain.

While MOOCs are gaining a lot of prominence and I personally benefitted from some courses on Coursera.com, but I never bothered taking a formal certificate. I also come across very few resumes that mention formal certificates from these sites. MOOCs can get a huge boost if MOOC certification start getting the same acceptability as a traditional degree. While each provider does provide certificates, authenticity of these certificates remain ambiguous. For Massive Open Online Courses providers, Blockchain can potentially solves the evident problem of authenticity by providing a formal process of issuing and managing certificates. An agreement surrounding secure certification among major providers could well be the way to boost the demand for MOOCs. In the long run, this could also mean MOOC certifications gaining the same acceptability as actual, traditional degrees.

The possibility of a national blockchain database that gives shared access to education providers doesn’t seem too far-fetched in such a case, given the increasing acceptance of the technology in education.

So how is Blockchain Transforming Education?

Not really when it comes to learning outcomes, but Blockchain is showing a lot of promise for managing digital certificates and assessment records. Blockchain technology in digital certificates will provide students with control over sharing their official records in a safe and tamper-proof manner. This solves the significant problem of schools acting as sole custodians of student information, which results into  a slow and complicated process for accessing important records. From what I could understand, early adopters of Blockchain in education domain are primarily focusing on –

Gradually, blockchain will see its uses expand from digital certification to several other areas in the education sector. The scope and implications of this technology are far-reaching, as the education sector seems ripe for a disruptive innovation of its own.

3 Reasons Why You Should Use Video for K-12 Education

5 Technologies that are Easing PreK-12 Education

Transforming K-12 Learning with the Use of Technology