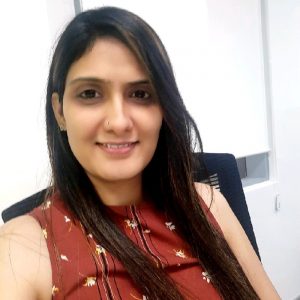 What’s White About This Black Box?

What’s White About This Black Box?

I’ve been associated with this ‘black box’ for the last 4 years. That was the time when as a team we started to build the product and sorted through various names before zeroing in on ‘MagicBoxTM’. Online learning had just started to gain traction as a faster and more efficient means of acquiring knowledge than traditional classroom training, and this was what helped us envision the ‘Magic’ in the product. This was also my first experience in building a product and marked my foray into product management.

As the Product Manager for MagicBoxTM, all through its development journey, it is exciting for me to highlight the ‘Magic’ in this box. Having been involved in the planning of every little feature for MagicBoxTM, I believe it is important to share what’s white about this black box, remove any ambiguity in understanding its potential, and ensure the user gets a clear perspective about the product.

So just what is this MagicBoxTM?

A SaaS-based, cloud-hosted, end-to-end digital publishing and next generation mobile distribution platform, MagicBoxTM enables publishers, authors and content providers to create, manage, enrich and deliver their digital content through custom branded Web & Mobile Apps. The MagicBoxTM application is highly configurable and has a multi-tenant based architecture. Every school, chain of schools or corporate is a separate tenant served through the same instance. Each can be configured with a unique domain name, individual branding and configuration.

Before we go into the specifics, let’s look at the growth of MagicBoxTM in terms of numbers in the last 3 years of going live.

What’s special about the MagicBoxTM components?

The MagicBoxTM components are showcased in the image below. All these components are configurable; which means a feature can be switched on and off at the click of a button without the need for a code change or any deployment. Additionally, all the text/terms within the application are controlled via localization from a common repository that allows for changing the terminology as needed. MagicBoxTM supports both localization and internationalization.

MagicBoxTM Web platform can be used by publishers, authors, content providers, administrators, managers, and teachers to manage the content, manage districts/schools, analyze analytical reports, author and distribute assignments/assessments etc., while Native Apps (as showcased in the diagram below) are primarily used by students/end users to access the content on the go in an offline mode and at their own pace. Any annotations made by users within the content in an offline mode are synced to the central server and hence user data is always real, irrespective of the device or location they are accessing from.

The Management Console feature of MagicBoxTM allows users to release a device license in case of: a) issues with the device, or b) the user wants the content to be accessible on some other device and do not have pending activation.

MagicBoxTM allows ingestion of different types of content (refer to the image below). Additionally, MagicBoxTM is integrated with an in-house developed tool that converts PDF to high-fidelity, IDPF compliant, ePub3 at the click of a button.

The use of the TinCan standard allows the launch and time spent on different content to be tracked. Teachers and Managers thus get quick visibility on the time spent by users across different pages of content. This is a big plus for publishers and content owners to identify pages where users spend most or least amount of time. Now based on this information, they can figure where to enhance their digital content.

Can MagicBoxTM be integrated simply with other systems?

MagicBoxTM provides single-sign-on (SSO) integrations with various third party systems. Most of these integrations as seen in the image below are already available while some are under development. Additionally, as per the need, MagicBoxTM provides flexibility for custom integrations that allow users for single-sign-on from other systems. Apart from SSO, MagicBoxTM has been integrated with other systems such as Freshdesk and Zendesk so that users can raise issues and queries directly from within their Apps.

MagicBoxTM is based on, and conforms to industry-wide standards and more.

Digital content can therefore be sold directly from the eCommerce Store while the content remains hosted on Amazon AWS. The content management and DRM are managed by the MagicBoxTM platform.

Who benefits from using MagicBoxTM?

MagicBoxTM caters to the following market segments. It is the platform of choice for a host of Districts/Schools and Corporates and meets the varied needs of publishers and corporates.

What is the MagicBoxTM take on Digital Rights Management and Content Security?

MagicBoxTM is focused on security and ensures all necessary measures are undertaken for content security and protecting user’s data. Additionally, the in-house built DRM is quite flexible, loosely coupled and can be used independently of MagicBoxTM.

We understand concerns regarding privacy of students and user data and have designed the overall system to be totally secure so that all student data is accessible only with proper authentication and authorization. MagicBoxTM uses AES 256 encryption algorithm for encrypting and securing the contents on the Apps. AES (Advanced Encryption Standard) is a symmetric encryption algorithm which is used for securing sensitive but unclassified material. Signed URLs are used to fetch content from AWS S3. All AWS security standards are used to ensure the security of data kept on AWS.

Following are some of the best practices that MagicBoxTM incorporates:

MagicBoxTM provides the flexibility to create Purchase Orders using one of the 3 different licensing types – User/Device/Domain-based license. The flexibility is provided to distribute licenses as per the need of Publishers/Administrators.

In the case of a User based license, the Student owns the mobile devices and content is assigned to them by their Teachers/Administrators. This can be accessed from home computers and personal devices.

In the case of a Device based license, the School owns the mobile devices and the contents are assigned to Students by their Teachers. This can be accessed only on the school computers and devices. The School Administrator or Teachers are required to activate the device in this model.

The Domain-based license is primarily used in a Library setup where the contents can be accessed without the need for personal logins.

Additionally, MagicBoxTM DRM can also be used for Subscription based service for eBooks. This provides flexibility for end users to rent the books for certain duration.

MagicBoxTM frees up publishers and content authors’ time from the hassle of managing the infrastructure and application related issues. Instead, they can focus on their core skills which are creating enriching content and leave the rest to the MagicBoxTM platform, which manages the end-to-end distribution mechanism. A white-labeled MagicBoxTM instance using custom domain name can be setup by the publishers/content authors /corporates. The platform can be made ready for uploading their content in a short span of time.

Publishers and corporates interested in using MagicBoxTM free for a year, with certain restrictions, simply need to register using the following link – http://magicbox.magicsw.com/mblite/signup.html

The MagicBoxTM team has recently started working on version 2.0 targeting a more refined version of the existing application, with a new user interface and performance improvement. MagicBoxTM v2.0 will additionally have support for iPhones and Android Smartphones. Reflowable content support is another important aspect planned for, in the new MagicBoxTM release.

Behind the scenes at MagicBoxTM

There is a team of passionate, dedicated individuals working relentlessly day in and day out to take the product to the next level. The team, comprising Product Director, Product Owner, Product Manager, Scrum Master, Solution Architect, Tech Lead & Developers (Java, .NET, Objective C, AngularJS, NodeJS, HTML5), DevOps, QC (Automation & Manual experts) and UX members, has been core in making the product a great one. A round of applause for their talent…

Districts, Schools, and Corporates have refrained from adopting digital learning in the past because of the cost factor, and the need for a dedicated IT department. Nowadays, and especially with the availability of Cloud, MagicBoxTM can spur that adoption of digital without worrying about factors such as cost, maintenance, and content & user data security.

Renowned for its ease of use and praised by users as a powerful content distribution platform, MagicBoxTM has won several awards as the best in its category.

Wish to learn more about MagicBoxTM? Just visit us @ https://www.getmagicbox.com/

Do drop me a line for any query, inputs or suggestions at: rishi.raj@magicsw.com

How To Make Online Learning Transformative

Why Districts Should Continue Using Digital Curriculum Beyond the Pandemic

How Nonprofits can Benefit from a Digital Learning Platform