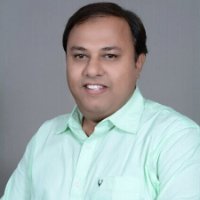 Back to school and few months after that are always overwhelming busy time for educators and finally, the rush for  2017 is over. For a global education technology company like Magic, there is no respite any time during the year. In Australia, school years typically start in January But, In Asia and United States it is April and September respectively which keeps us busy throughout the year.  We are very excited to share our back to school success story for this year. This year we on-boarded more than half million new students in the first few weeks of September.

MagicBoxTM is the next generation mobile delivery platform for education. An ‘out-of-the-box’ cloud solution, MagicBoxTM application is a multi-tenant architecture and it has been designed keeping in mind the scalability of the application to handle a large number of users/requests.

In a digital classroom environment, high availability and fault tolerance should be considered. MagicBoxTM is a completely managed solution and has delivered 100% uptime in last school year. MagicBoxTM provide 24*7 monitoring support and maintenance team is immediately notified if any system component is in stress. Clustering is being used to make the system fault tolerant so that even if one node goes down there are other nodes already running as a backup.

Web application security is another important aspect of the MagicBoxTM architecture, and it makes sure that the applications are secure to cater a large number of users in the production environment. We understand concerns regarding the privacy of student data (COPPA) and have designed the overall system in such way that all student data is accessible only with proper authentication and authorization. To ensure security, all encryption is done using AES-256.

For better scalability and performances, MagicBoxTM is based on microservice-based architecture. It provides selective component-based planning and deployment of performance and scalability.

More than 80,000 user’s session hit MagicBoxTM per day and students have downloaded more than 1.2 million books on different devices

MagicBoxTM has smartly leveraged caching to reduce load from the database, which allows it to scale better.

MagicBoxTM ensures that there is no need to constantly stay connected to the internet to access the content. Any annotations made by students/teachers within the content in an offline mode are synced with the central server and hence user data is always real, irrespective of the device or location they are accessing from.

MagicBoxTM brings books to life with MagicBoxTM eReader which allows students to have a great reading experience. Students can engage in thought-provoking discussions while reading any book, this can be done by sharing notes, connecting with other students and participating in the discussion with the teachers using in-built collaborative tools.

MagicBoxTM eReader captures every event that the student is experiencing, including the time spent on reading ebook pages. MagicBoxTM uses xAPI standard which is also known as Tin Can API, to store student data in an LRS ( Learning Record Store). MagicBoxTM received an amazingly high numbers of xAPI hits (more than 50,000 per minutes) during the school session.

So far, MagicBoxTM has captured around a TeraByte of learning data, and with the help of MagicBoxTM Analytic engine, teachers/parents can track their student’s performance in the digital classroom.

MagicboxTM Analytics is helping teachers/parents discover student’s reading style, tracking the time spent per reading session, the number of pages turned/read, homework/assessments score & grading, and additionally have an overview of the books read by students.

Contact us to know more how you can leverage MagicBoxTM.

The Future Belongs To Smartbooks; Here’s Why

How SEL Can Help Learners Adapt to a Post-Pandemic World

EdTech Trends to Look Out for in 2023

6 Learning Gains That We Owe to the Pandemic

Students Need Greater Control Over Their Learning. Here’s Why

Adaptive Learning vs. Personalized Learning: The Way Ahead